Unschooling / Natural Learning ~ For The Win! (Even With Dyslexia)

Not so long ago, only 3 short years, I was writing in this space about my daughter's learning disabilities. She was in the process of having her learning assessed.

To catch you up, the results showed, she has dyslexia (reading), dysgraphia (writing), and a math disability that I can never remember the official name for. Having her assessment done was a huge decision, again, one which I wrote about at great length. I'm writing today because I believe it's important to continue to tell our story. Choosing the learning path of unschooling/natural learning can make one feel lonely and misunderstood at times; and certainly having a learning disability or raising a child with one (or a few) can also feel isolating at times. It is with my daughter's permission that I continue to share our story. 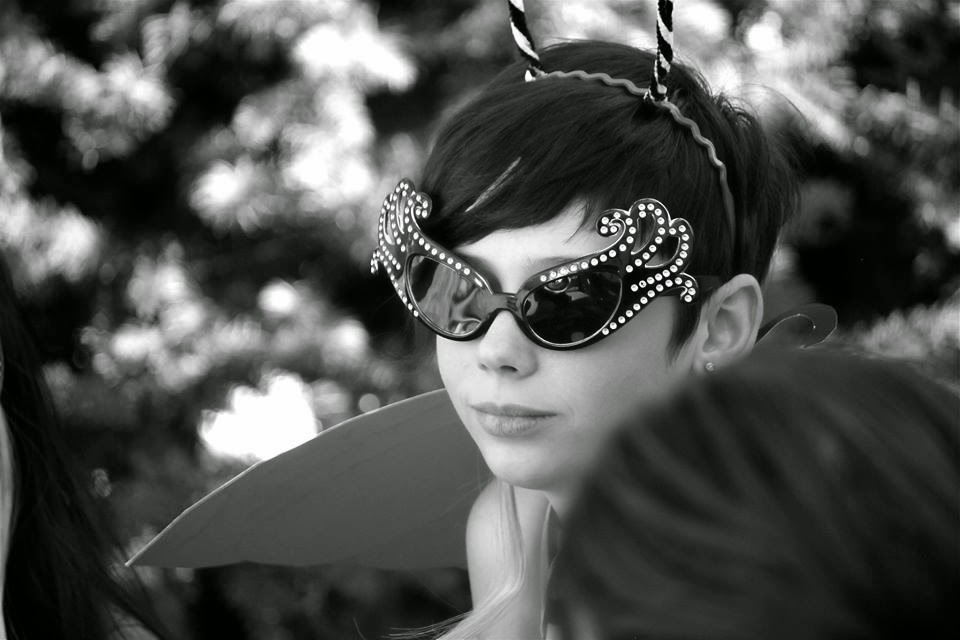 Three years ago, when she was diagnosed, the focus of conversation was often on "interventions"... What program, tutor or therapy would address her deficits? At the time, I felt very frustrated at our lack of available resources. We live in a small town, and many of the things suggested simply were not available where we live.

I felt insecure and afraid sometimes that my daughter may not get the help that the experts felt was essential.

So what happened next?

She spent one year working at a small farm, and creating art in a local pottery studio.
How did this address her needs? These are not exactly recommended "interventions".

A professional could probably break it down; but an educator, I am not. I am simply a mom; so I can only speak to what I saw, and what my daughter has been gracious enough to share with me as I'm writing.

After her initial diagnosis, I saw relief. I saw relief at having a name for a problem she knew was there; but had not been validated. Before her assessment, she carried frustration and anxiety. She knew she was different. No matter how hard she worked to be like her peers, she couldn't be. They knew it, and she, unfortunately felt it. I witnessed her negative emotions turning inward, against herself; I think that was the most concerning. She is bright and gifted, but all she could see were her short comings. It is for this reason that when parents ask me about assessments; I, in turn ask about the child's emotions. How does the child feel about them self? Are they noticing and feeling the differences? Are their peers noticing? Is it affecting their relationships with others and with them self?... But I digress.

Having a name for her difference meant when she felt it, she could say "oh, that's my dyslexia". When friends or family noticed her struggle she could explain, "it's because I have dyslexia."
A diagnosis relieved her of feeling that it was because she didn't work hard enough, or feeling that she must be stupid. No, she has a brain that works like people who are given a dyslexic brain. No shame needed.

I asked my girl what about working at the farm helped her. She says having a routine helped her to improve her sequencing. Talking to the animals helped her by helping her to feel understood. Building a relationship with the horse, and being able to communicate through the bridle helped. She says that when riding the horse, her and the horse would share their anxiety. Not exactly a traditional dyslexia intervention.
With the lack of resources, we continued to approach her learning the way we always had: with the belief that she is built to learn; she is endowed with the wisdom to know what she needs. Her work on the farm inspired her to want to make a movie on the farm. She tacked writing a script with passion, and confidence; and while her spelling, punctuation and penmanship were impressively behind her peers, it didn't matter - to her or to us.

At the pottery studio too, she got to experience success. She has always been gifted visually. Here she got to create and develop her talent in this area. Again, she was inspired to make things that incorporated script. Her "output" as it would be called by the Powers That Be, would have been extremely low if we consider that what was recommended was intensive 2-5 day per week of official interventions.


My daughter's healing was first, emotional. Her confidence and self-esteem had taken a big hit. This time was for her to feel success. For her to own her diagnosis; and to feel our confidence in her.


The following year, we did find a tutor. She wasn't in our town, and traveling to visit her proved to be costly and sometimes due to weather, just plain impossible. Again, what was recommended, was at least twice per week. It just wasn't realistic for us. So we tried once a week; which eventually turned into only twice per month. Overall, she did not have very many visits. My daughter would work with her tutor for a total of 3 hours each visit; one of which was spent riding her horse! To begin with, my daughter admits she wasn't thrilled at the idea of working with the tutor. She says she agreed to it by accident; that I asked her about it while she was distracted. She says she imagined that working with a tutor would be like spending time with someone who wanted to change her. Seriously, just take a moment and digest that.


Once she started working with her though, she found that she really liked her. She was a really nice lady with whom she connected. And of course, riding never hurt her motivation! 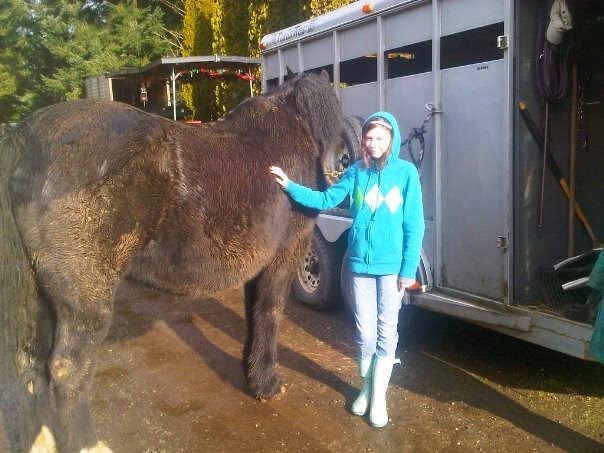 The next year, she had no "interventions" at all. Wait. That's not entirely true. The school we work with, generously set her up with a program for kids with dyslexia, for me to work through with her. It was a FAIL. Frustration reared it's ugly head once again. Her confidence and our relationship was taking a hit. If I had continued to act out of fear, I would have pushed it longer than I had. Thankfully, we acted in favor of love and peace instead.
She spent the year devouring every book she could get her hands on: she has read the whole Little House series, Little Women, The Bread Winner Series, the first 4 books of the Lemony Snicket Series, the old Peter Pan, 3 of the Mysterious Bennedict Society, BFG, and both of the Charlie and the Chocolate Factory books, James and Giant Peach, The Hobbit.... the list goes on and on...
She also joined a belly dance group, and choreographed a dance for our group, and continued learning violin. 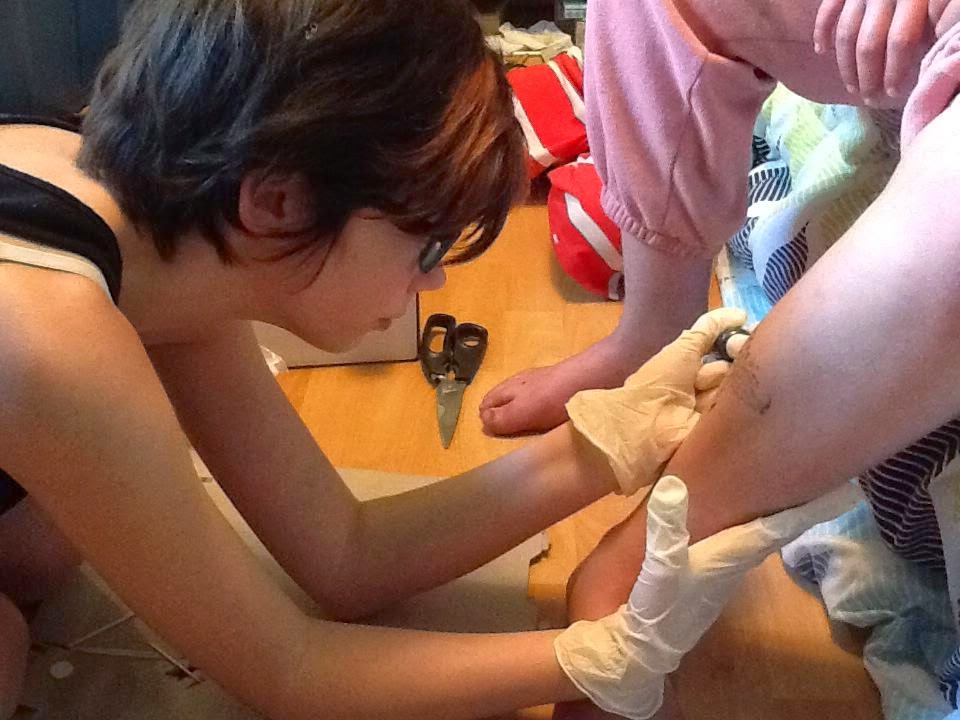 If I've learned one thing the most, it's that when it comes to learning; Emotion is Everything!! It is at the root of our motivation and success. Positive feelings, inquiry and passion create learning. Period. So "intervene" with activities that create these emotions and learning success will follow. 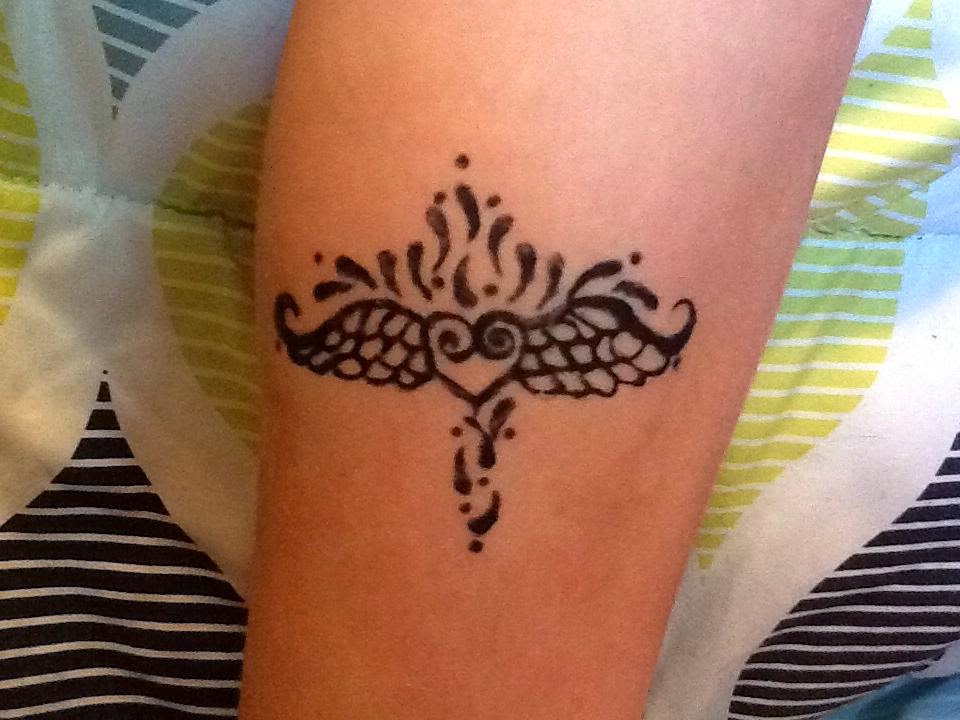 Last year, despite being granted an exemption, my girl chose to participate in the standardized testing.With the help of a scribe, she scored in the average range! Go figure that.


This year marked the fourth year since her first assessment. The Powers That Be felt she was due for an updated assessment. She jumped at the offer. Unfortunately, she misunderstood what this was all about. With all the obvious progress she had made she thought it was possible that the examiner would tell her she no longer had dyslexia! So when the results came in showing all of her vast improvements, all she heard was that she still had this difference. She was incredibly disappointed; but with some time and reassurance she has gained a better understanding.


I'm the most excited to share with you what I believe is the most amazing thing about the results. This is the main reason for this post...

As I looked down the list of official recommendations, it may as well have been a list of activities she was already engaged in. Creative writing and drama- she has organized a group of our local home learners to prepare a drama. She has written a script, and is actively directing the rehearsals. She has discovered online creative writing forums where she has been posting a story she has been working on. Continuing to learn violin, to improve her decoding and fine motor skills. Non-competitive sports, where a motion is repeated, such as belly dance. Obviously, there were other very simple recommendations for us. Things like giving her a quiet space to work in.

We are so grateful to have found a fantastic tutor to work with her this year. She has approached our girl with a curious, respectful, and co-operative spirit. When she asked our girl what her learning goals were she said spelling, punctuation, printing and math. All the things, unbeknownst to us that would appear as the exact areas needing improvement. She has proven to me again and again, that she is so connected to her intuition. Together they have been working towards these goals, not with a program as their guide, but positivity, inquiry, and passion. 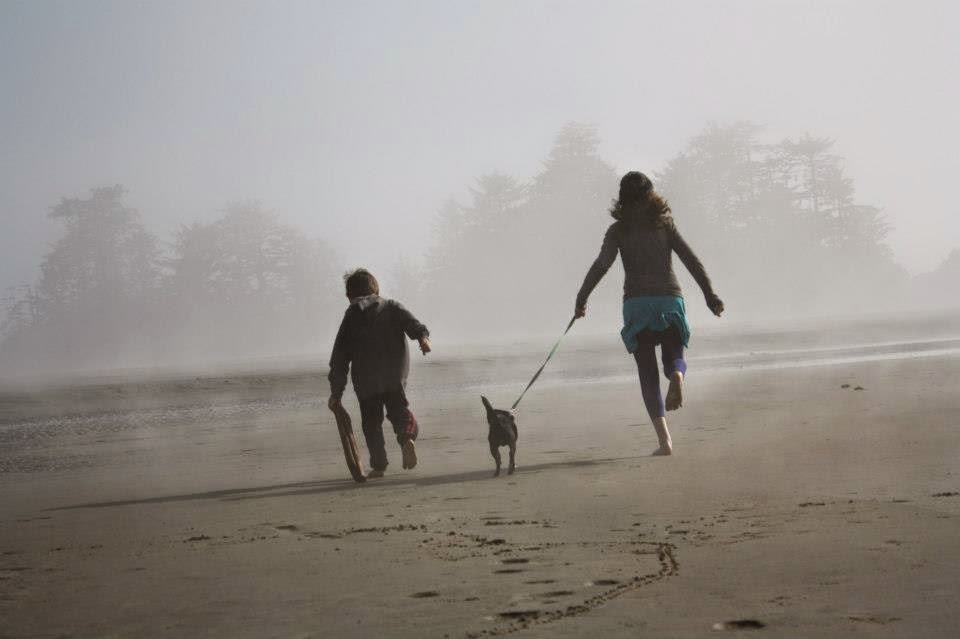 So, what's my point?

~Do what works for your learner: approach their learning journey with curiosity and respect; with value on their emotions as the ultimate guide. Negative ones to indicate something is not right and positive to say "Keep going! Life is good!"
~Don't fear the assessment. And certainly, if your child is showing signs of suffering emotionally, get it done! Find out what exactly is going on for them; and some clues as to what may help! If nothing else, a diagnosis can validate for them what's happening in their world.
~Lastly, most importantly, and most difficultly: trust your learner. Trust them to know what they need and how they need it. Because if we allow them the honor and space to be tapped into who they are, they really do know.
Posted by aspentreemama at 12:58 PM