The Beginning of Liv 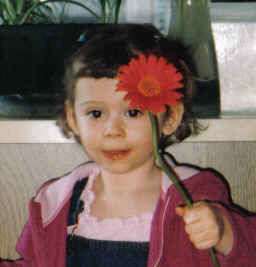 My daughter, Olivia, is nearly 12, and I have never written her birth story. I have written countless birth stories for other families. But I've not written my own.

My son's birth story I'll save for another day. His story I remember in great detail, and have told and re-told to him with pleasure. Putting Liv's story down, quite honestly feels really scary to remember, and to share.

Perhaps, it's because I was a very different person then.

is a mish-mash of doctors, nurses, drugs, IV bags, clocks and fear.


I was 19 when I got pregnant. I knew nothing really about pregnancy, and even less about giving birth. Some of my friends had had babies, but now that it was going to be my turn, I felt terrified at the thought of birthing. I was convinced it would be unbearably painful; a belief that was confirmed by many a horror-birth story.

My pregnancy was far bumpier than I had imagined. I had 9 months of morning sickness. I took small doses of gravol the whole 9 months; except of course for the 2 weeks I took a stronger prescription drug! A drug I knew nothing about; all I knew, was that I liked my doctor, and hated feeling so sick.


I didn't think much more of it than this.

This is who I was,

and where I was,


It's Ironic to think I felt SO guilty over not taking pre-natal vitamins; but felt alright about taking these drugs. Almost all I could keep down was gatorade, simple sugars, poutine, and ice cream! Oh, and the meds of course...

I had the routine ultra sound, and it showed something to be concerned about. It was something called a Chorioangioma. I was told it was a growth on the placenta. A growth made up of blood vessels. A growth that would keep on growing. A growth that could steal blood from my baby; it meant that the baby and I could possibly bleed out at birth.
But of course I was also told not to worry.

I saw an OB for some follow up visits; and was sent to many more ultra sounds to track the tumors growth. I was so scared of a poor outcome; I felt like all I could do was pray.

Pray for a healthy, strong baby.

And pray that we would both come out the other side alright.


Secretly, we knew that we were having a girl. I started to call her LIV, meaning "Life" in Scandinavian. In some way, I thought it would keep me focused on giving her Life.

Around the same time, I started having intense pains after I ate. Yet another ultra sound showed that I had developed Gallstones. I was told that often this problem would settle down after the baby was born, but there was a chance I would need surgery after her birth. *sigh* I started needing to take painkillers for the attacks; and was told to avoid all fats. This didn't leave much nutrition-wise, and far more drug-wise than I would have liked; but I knew no other way.

Sometime before 37 weeks, I started having preterm labor and so spent my fair-share of time on bed-rest. At around 38 weeks, there were no signs of labor, and I was now dropping weight. This feels like a big deal when all you've gained is 19 pounds, and you started at only 123 pounds. Our doctor suggested inducing labor and we agreed to it. We had planned on having a natural labor and birth; but at this stage I felt so afraid, and sick, and exhausted.


Somehow, I imagined that the induction would be the only intervention;
somehow I thought having her now would mean we would be okay.
Our doctor advised us that interventions are usually like a set of dominoes, one leading to the next.
I thought, or at least hoped, we would be the exception.

It's really hard to type this, exactly as it truly was because now I can imagine it happening so many different ways. I can imagine making different decisions at every turn. I can imagine re-writing the story as it could have been. But that wouldn't be the real story. That's not how it happened.


We went into the hospital on a Thursday morning,

and I had the gel to induce labor. I was monitored for a bit and then sent home. When I say "home" what I mean is a friends house. We were staying with friends cause our home was an hour away. Now here's where it gets blurry. I'm pretty sure I got gelled a second time, and sent "home" for a few more hours.... when we returned to the hospital, not much was happening. I had been having contractions; to me they felt painful. Strong isn't the word, just sharp, and spuratic. I was hooked up to an IV for fluids, antibiotics and a pitocin drip.


I was able to walk around, bathe and shower.
I think I was managing the pain alright.
I was breathing, and listening to music I had brought with me.
I remember the nurses being refreshed that someone was actually using the cd player!

As I remember it, I had some visitors. My parents, Auntie and some other family. My mom stayed and my friend/doula stayed. The combination of pain, exhaustion and what felt like so much time passing made the nurses drug offerings more welcome. "Inductions are harder," I was told, "no need to be a hero."  Sometime Friday morning, my waters were ruptured by the doctor. I was at 3 cm, after 24 hours. It's probably a good thing I didn't realize that this rupture meant the clock was started; I would have 24 hours to deliver this baby according to hospital policy. I continued right on laboring, as I had been, only now I was SO tired, and not allowed to use the bath tub. Something about "bacteria", I was told. My husband was so wiped, that I remember the nurses bringing HIM heated blankets and telling HIM to rest. **Still makes me smile.**

I had felt really against having an epidural. Even then, I realized that epidurals increased my chances of needing a cesarean; and I didn't fully "buy" that it didn't affect the baby. Sometime around 5am on Saturday morning, our doctor was in to see us again. She was very motherly and kind in the way she spoke to me. She told me that I needed to accept an epidural so that I could get some rest. She feared that when Baby was ready to be born, I would be too tired to birth her. I heard nurses muttering something about "Baby's heart rate" and "cesarean" something, and "24 hour mark."


I remember having to let the drugs wear off while waiting for my epidural.

I remember feeling contractions with only gas to help. I remember that, and my friends eyes and voice,

I was glued to her eyes, and her breathing;

and it felt like an echo "You are so strong".

It echoed and I sent the wish inside to Liv

I was telling her "You are SO strong."

I remember begging to know how long until she would be born; I was convinced everyone knew except me and that they were all keeping it a giant secret! It's funny the things you can believe in labor-land!
The pain I felt at 4 cm was worse than anything I felt with the completely natural birth of my son 5 years later. This pain was coupled with fear and exhaustion. So much fear. Fear that our Baby might not be okay. I think I must have prayed for most of my labor.

Finally, epidural in place, I slept.

Saturday morning, around 10 am, I was fully dilated. The nurses and doctors had been turning down the epidural; I was told that I could start pushing anytime I felt the urge. I felt no urge. I felt... Nothing. Only numbness and anxiety. Again, I heard someone mumbling something about a "c-section" and "too long", and "within the hour." It was as if I had been slapped awake. "C-section...." echoing.
And so with the All-powerful, All-knowing Clock staring me down, I announced "I feel like pushing". I was lying, of course.

I watched the machine to tell me when I was having a contraction and I pushed. And everyone in the room counted to 10. And it repeated this way until our Baby was born, at 11 am. At the time I felt blessed to be spared from the pain of crowning; the pain that I was sure would be unbearable. I was also so grateful to have at least been able to feel the contours of her face as she was born. ***I didn't have the energy or the sense to wonder if I had missed out on anything.***


I got to hold her for only a couple of seconds.

She was early, and not really ready for this world yet.


She was quite full of mucus, and was hard to suction; her jaw clenched shut. She needed oxygen and help to get breathing. The pediatrician and nurses fussed over her. While I feared for her still. She had that gunk they put in babies' eyes, put in her eyes; and a shot of vitamin K shot into her leg.

I was directed to "cough" out the placenta. When the staff looked over my placenta, it looked fine. It looked like a healthy placenta, and the place where the tumor had been was healed, a calcified lump. No signs or trace of extra blood vessels. This was a phenomena they hadn't seen before. I stared at it for a moment, reflecting that this is what all the fuss had been about.

I thanked Jehovah for healing us,
and allowing Olivia to come safely into this world.
We had many, many more lessons to learn,
and Olivia has grown me into a Mama I'm proud to be.
I will be forever grateful to Jehovah for her;
and grateful to Olivia for teaching me the meaning of Love, Courage and what it is to be truly Strong...
(among other things...)

Posted by aspentreemama at 7:11 PM