Welcome to the Carnival of Weaning: Weaning - Your Stories

This post was written for inclusion in the Carnival of Weaning hosted by http://codenamemama.com/2012/05/21/weaning/" target="_blank">Code Name: Mama and http://www.ahaparenting.com/" target="_blank">Aha! Parenting. Our participants have shared stories, tips, and struggles about the end of the breastfeeding relationship.

I have two lovely, beautiful, healthy children... and for each of them two very different tales of pregnancy, birth, breastfeeding, and weaning. Different because they are each unique beings, entitled to their own stories; and also different because the first time around I was lacking in both knowledge, and good health. 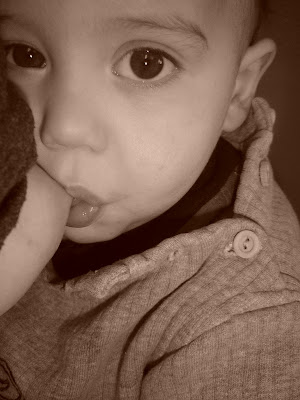 My first baby only exclusively breastfed for 2 months, and then was on formula as well as nursing until, when she was 6 months, it was time to stop. I mourned the loss. I felt so sad, during those 4 months, as I continued to pump, and take herbs and drugs until she was 6 months old... I would have tried anything to keep it going! But alas, I had surgery when she was 2 months old and it all but dried me right up... never mind that she also had a tongue tie that was missed. Weaning her did not seem like much of a choice; it just happened. Eventually, she was just not interested and was getting her hunger met from foods and, to my disappointment, formula. I had a lot of health problems. My baby was cared for a lot by her dad and Gramma, thankfully I had support! I was thankful, I could see the bond she had with so many people. 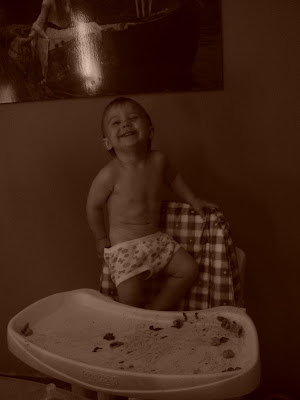 As my daughter became a toddler, I became a doula. I felt passionate about helping families have support and access to information on natural pregnancy, birth, and breastfeeding!
Pregnancy with my son was really beautiful. I felt healthy, and confident about being a mom! I had trust that my body knew what it was doing, if I would just let it. He was born at home, after about 8 hours of very manageable labour. Labouring naturally was a new experience for me, and being able to do that just impressed on me how powerful and capable my body was! Nursing a baby who wasn't drugged, and didn't have a tongue tie felt amazingly natural!!
My little guy was happy to nurse, and I was happy and thankful to nurse him anytime he needed it! Right from day 1, we slept together in his room on a double mattress. It was so satisfying to feel the bond that nursing him created. I knew he was secure and safe sleeping with me. I had heard of child-led weaning, and it made a lot of sense to me; it sounded so respectful of the little one and of human nature. This felt right and good to me.... not that it was always easy. We played musical beds as he got older; me splitting my time between sleeping with my husband and with my baby. It felt great to just let him eat off of my plate, tasting various things as he was curious. He had sippy cups sometimes, after 7 months old.
As he became a toddler, more and more people thought it was strange that I was still nursing him. My goal was at least 2 years, as that was the WHO recommendation at that time. When he was older than 2, he was nursing mostly at night time, and for naps.... maybe 6-8 times in a day. Some of his sessions were very short, some were just for comfort because he was tired or frustrated or hurt or teething. Nursing at 2 and 3 years old seemed shocking to a lot of people. I felt okay about that then, and still do. I know I was sure thankful to be nursing him when he got croup, twice. Occasionally, we would meet a gramma who thought it was great. I remember being asked "what if he wants to nurse until he's 5?" And thinking, "5 sounds so big".... but saying "if he still needs to and wants to when he's 5, then that's what we'll do." **BIG GRIN**
Sometimes I felt exhausted, and touched out. I tried not to complain to people who would encourage me to wean before we were both ready.
When he was 3 we were in a car accident that left me with constant pain in my tail bone and neck. It turned out to be nerve damage. The doctor wanted me to take drugs for it, and I didn't want to because it would have meant weaning. Even my doctor sort of giggled, and said that if we continued our nursing relationship it was for US, it was for bonding and comfort. I told him I wanted to try healing naturally, and keep on nursing. He was supportive of that, and that's just what we did!
As Oak was approaching his 4th birthday, the pain was really getting to me, it was not healing. We were only nursing at bedtime and first thing in the morning; he was naturally reducing his number of feedings. As he approached his 4th birthday, I started talking with him about not nursing anymore once he turned 4. He didn't seem opposed or upset by this idea. He has a number of cousins the same age, who had finished nursing for years... I told him they didn't nurse anymore.
We counted down the days together, until he turned 4. So I did encourage him, but we worked together at it. It felt mutual. Had he shown signs of needing it still, I would have continued; but he was okay :) We did lots of long cuddles at bedtime, sometimes skin-to-skin. (and I got to take some drugs and get relief from the pain!) He was weaned, AND I felt good about it! I didn't feel like I had taken away something he still needed, and I was thankful that he was old enough to have some understanding and communication around this. 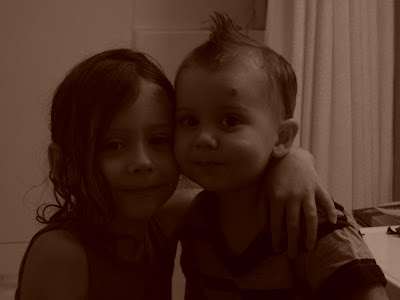 He is a super healthy boy! And I will be forever grateful for the bonding and snuggle time. Those are our stories. What's yours?

Please take time to read the submissions by the other carnival participants (and many thanks to Joni Rae of http://jonirae.com/">Tales of a Kitchen Witch for designing our lovely button):
(This list will be live and updated by afternoon May 21 with all the carnival links.)

Posted by aspentreemama at 7:35 PM